The 5-day summer school was hosted by KiTZ/DKFZ and partially funded by the Health + Life Science Alliance Heidelberg Mannheim.

The program started on Saturday evening with a welcome dinner for all 15 Vagabond PhD’s.
On Sunday the PhDs explored their identity during the 3rd pillar of the Personal Development program arranged by Ingrid Valks and Roland Hanegraaf. In the morning the PhDs worked on creating more awareness about their own cultural thinking-and doing-patterns and the patterns of their foreign co-workers. The aim of this session was to improve the effectiveness of actions and communication when working with others from other cultures. In the afternoon, the PhDs focused on recognizing helpful and not so helpful patterns that are unconsciously inherited from home. Knowing your own history is important to know who you are while moulding in the future.

On Monday and Tuesday, the PhDs got the opportunity to present an update on the first year of their projects in front of an audience of experts and peers in pediatric oncology. PhD students, MD students and young researchers from KiTZ/DKFZ and the Health + Life Science Alliance Heidelberg Mannheim actively joined the 2-day scientific program. Besides the PhDs talks, multiple keynote speakers from KiTZ, DKFZ, University Hospital Heidelberg, Charité Berlin and Máxima presented their latest work.

Prof. Dr. Stefan Pfister, Director of Preclinical Pediatric Oncology at KiTZ opened the summer school with a talk on personalizing pediatric oncology. He showed the latest results on the INFORM program, the largest transnational genome sequencing program for children with cancer in Europe, making it possible to identify molecular targets that may open up new treatment options. 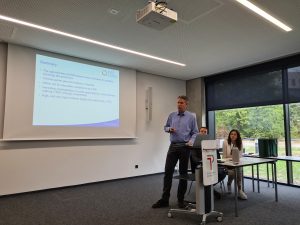 The scientific program ended with a Meet the speaker session: informal talk with PI’s from KiTZ/DKFZ/University Hospital Heidelberg. The PhD students and young researchers had time to ask all (scientific) questions to PI’s and learn more about their life as PI at the KiTZ/DKFZ/University Hospital Heidelberg. In addition, they received many tips for their own research projects and career. 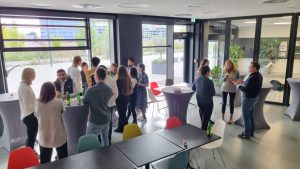 On Wednesday the day started with a course on public engagement. Sarah Wells (Máxima) gave a talk on how to create a content strategy for Vagabond. After her talk Alice Vitali (Charité and one of the 15 Vagabond PhD’s) presented her experiences with the successful social media account Biobox that she is running with a team in Italy. After this interesting talk Andreas Stanita (Copywriter Reichweiter) led the discussion on creating scientific content for Instagram, Twitter and LinkedIn. The PhD students created in 3 groups content for the social media channels that was posted on the same day! The course was coordinated by Johanna Oberhollenzer (KiTZ) and Celina Szanto (Maxima, Project Manager Vagabond). 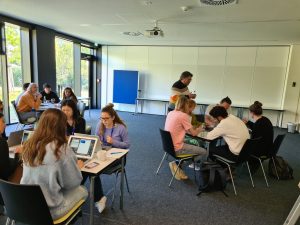 In the afternoon it was time to explore Heidelberg. Marta Emperador and Shanzheng Wang arranged an outdoor escape room around Heidelberg. We teamed up in 2 teams and had challenging questions and assignments in the city. Luckily both teams finished on time and saved Heidelberg from a scary dangerous virus. After this achievement the PhD’s had a nice dinner together and enjoyed German food and beers. 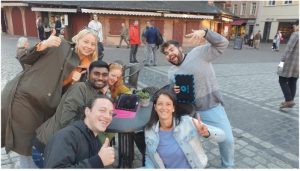 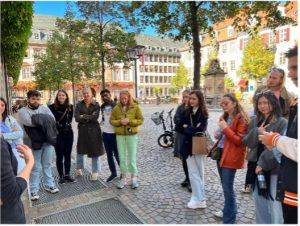 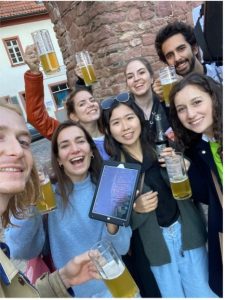 The last day of the summerschool focused on communication and gender equality. To increase knowledge in effective visual communication of science Dr. Jernej Zupanc gave a workshop. He discussed the principles underlying every kind of visual communication and applied them to the powerpoint slides. The PhDs drew their research project and presented it to each other. In addition, they received personal feedback to improve their slides and images for scientific presentations. 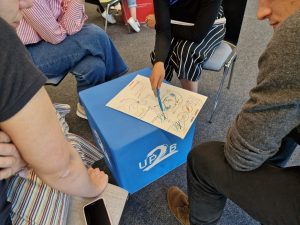 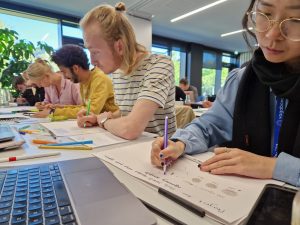 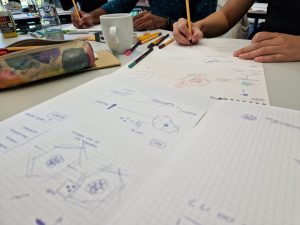 In the afternoon Dr. Carole-Bacchus Wermke and Silke Uhrig-Schmidt arranged the Gender Equality and Diversity Course. In this course multiple speakers presented the different aspects of gender equality and diversity. Dr. Lorenza d’Alessandro gave a short talk on gender dimension in Horizon Europe. She discussed how it is implemented in funding. This was followed by a seminar on unconscious bias. In the second part of the course, the PhDs got together in small groups during a speed mentoring session. Paula Roberti, Lukas Neidlein, Kendra Maass and Agustin Rodriguez led the discussions on work-family balance, defining values and preferences, leadership skills and building a network.
After this valuable course the vagabond summer school came to an end. All participants received a certificate and it was time to say goodbye! 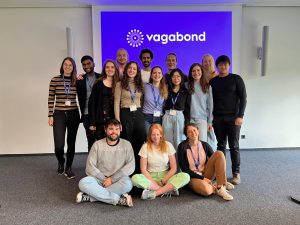 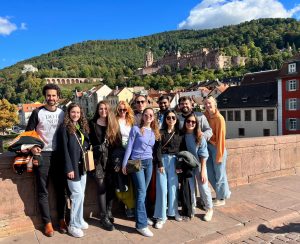